After spending more than 8 hours comparing some of the most popular card games, here is our selection of the best titles of the moment. Our favourite is Cockroach Salad, but Exploding Kittens is a must-have in our library.

This comparison is certified 100% impartial and follows our selection process. 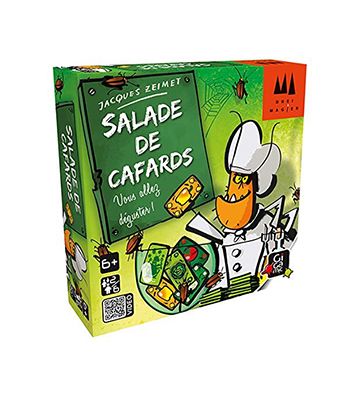 Being fast without impairing thinking is not easy. But that is the challenge of the game. Fun and dynamic, it will appeal to all those who like to get together and have a good time. 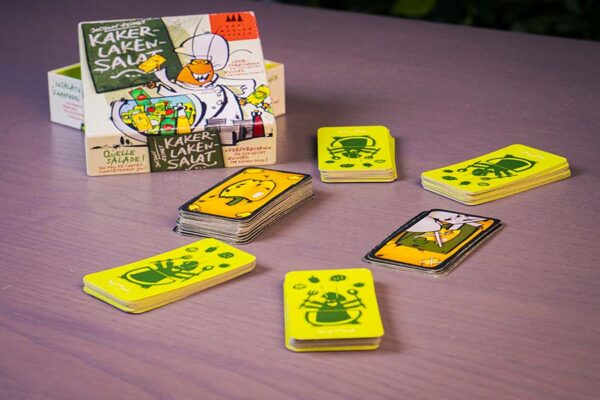 Cockroach Salad is a very fun game that makes you laugh. However, it requires no less thought on your part, as a wrong answer could cause you to lose. Accessible from the age of 6, it is played by 2 to 6 players in games of 10 and 20 minutes only. Each player, in turn, must place a vegetable card in the centre of the table. The problem is that you also have to say the name of the corresponding vegetable when you put it down unless you have just mentioned the name of the vegetable or it is temporarily forbidden to say it. To win the round, you will have to juggle between truth and forced lies. Among the positive points noted during our tests were the simplicity of the rules, the speed of the games, the absence of time-outs and the fun it provides.

This renewed version of the famous Russian Roulette is nothing short of a good time. Fun and very dynamic, it is based on simple rules and short games, for everyone’s enjoyment. 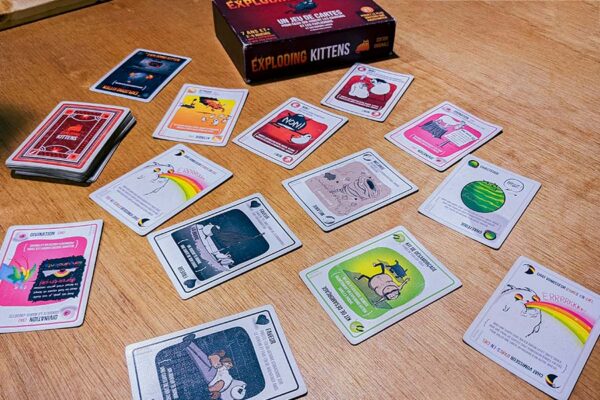 Very rhythmic and fun, this card game of chance has a simple mechanism. Exploding Kittens is accessible from the age of 7 and can be played by 2-5 players. According to our tests, the game lasts only 15 minutes. In general, it is an adaptation of the famous Russian Roulette. In fact, the participants have to draw cards in turn until one of them loses by drawing an exploding kitty. If the unlucky one is eliminated immediately, the others can, for example, try to protect themselves from explosions, force their opponents to draw or look at the next cards in the deck. The last survivor wins the game. It is dynamic, fun and infinitely replayable. And for the biggest fans of the game, there are extensions. 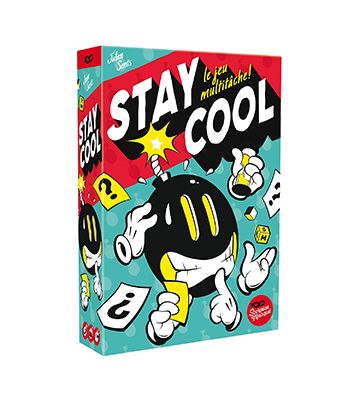 Doing it all at once is an art that few of us have mastered. But that’s what you’ll have to do if you decide to play. Between speed and poise, the choice is yours… 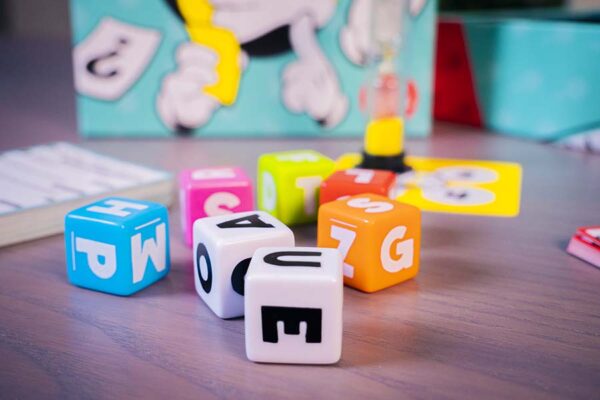 This game should appeal to those who are used to multitasking. With simple rules, but rich mechanics, it offers a highly addictive gaming experience, so that between its 50 spoken questions, 50 written questions, 7-letter dice and an hourglass, you won’t know what to do. Stay Cool is aimed at an audience of 12 years and upwards, a fairly high age limit, which is mainly explained by the high level of concentration required. For about 25 minutes, between 3 and 7 participants are subjected to constant stress. The one whose turn it has to answer the first player’s questions orally and the second player’s questions in writing with the dice. In playing the game, it convinced both novices and experts and, most importantly, made us laugh. 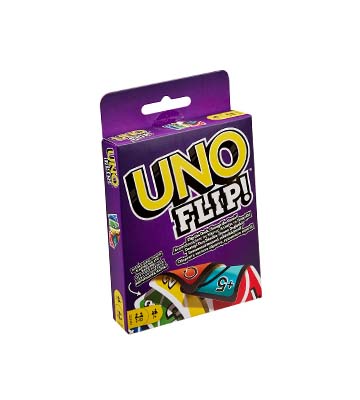 A ‘UNO’ that changes all the time? That was not our idea. In this version, you also play with the back of the cards. As soon as you turn the deck over, you find other colours and special rules…

From the front or the back? No matter, you can play on two sides. One side has classic colours (green, yellow, red and blue), but the other offers a different mix for more fun and twists. Thanks to this novelty, this version manages to unseat the original UNO, undoubtedly one of the most popular games in the world. This version can be played from the age of 7 in games of 2 to 10 players (for us, games of 3 or 4 players are ideal, or limit the number of players to 8).

The most interesting release of the moment 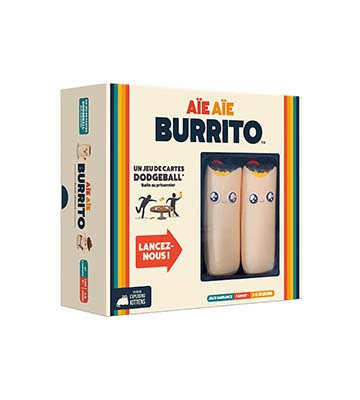 Unhook the frames, put away the vases and protect your TV, because it’s about to be burrito wars in your living room! Much funnier than Grandma’s Scrabble, this game promises to provide you with lots of laughs. 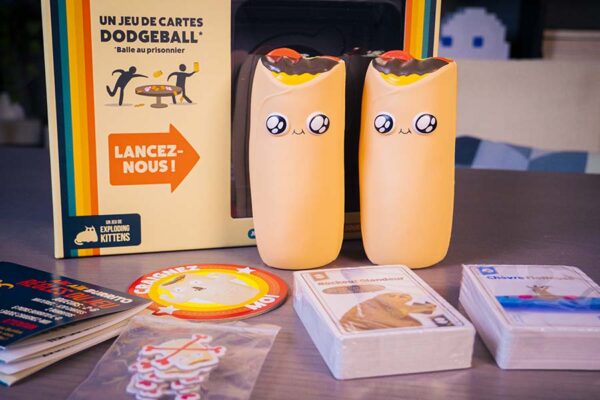 Made by the creators of Exploding Kittens, Throw Throw Burrito is also a great atmospheric game. The aim of the game is quite simple: form trios of identical cards and throw foam burritos at your friends to score maximum points. Although it is accessible for ages 7 and up, we guarantee that it is just as much fun to play with adults. In our opinion, it is best to avoid mixing adults and children, as the balance of “power” is not fair enough. The games are quite short (15-20 minutes) and it is recommended to play them with 3 to 6 people, but according to our tests, it is more fun with 4 people and can easily be played with 7.

How have we made the selection?

To help you choose the best board games, we have taken into account some of the biggest names in the gaming world. We have also based our results on the knowledge and opinions of a wide audience (such as the reviews of BoardGameGeek, among others). 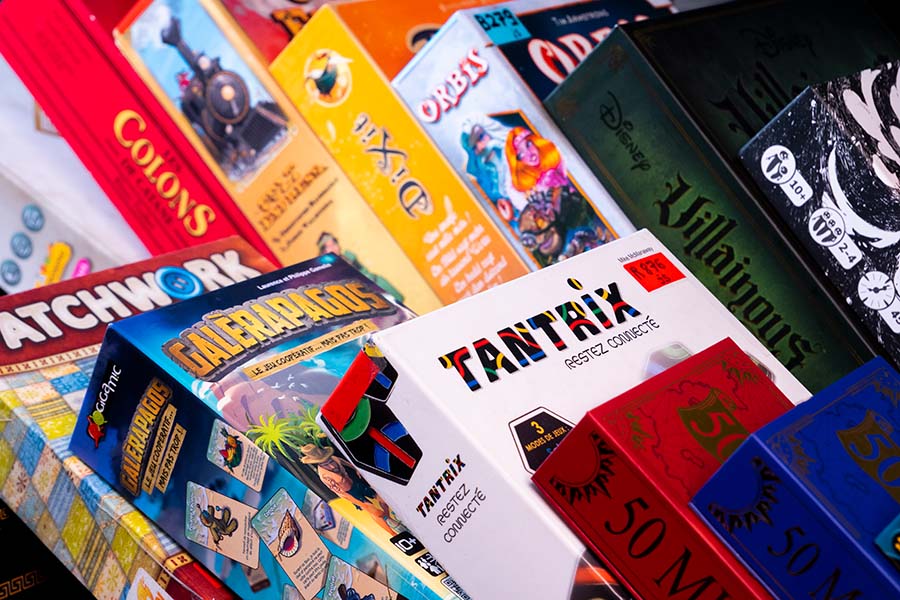 We have also analysed renowned publishers and were able to test most of the games mentioned in the editorial office and at home with family and friends.

Another board game we recommend

¡Toma 6! (£14.27 upon publication): an entertaining alternative. With more than 3.5 million copies sold, this game is a must in your toy library if you like to play in large groups. It is suitable for 2-10 players aged 10 and up for 30-45 minute games. According to our tests, it is more fun with 3 or even 4 players. The game aims to accumulate as few points as possible. The sixth card in a row must be avoided at all costs. The cards range from 1 to 104. When all players have chosen a card, they are placed on the table to complete the existing rows from the lowest to the highest number. The trick? You don’t know what your opponents are going to play in each round, so all your plans can fall apart… 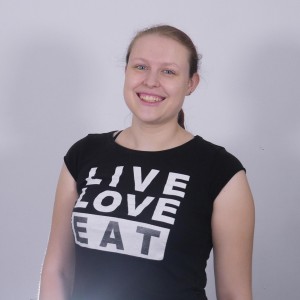 ​​​​​​​​Marie is the Deputy Editor-in-Chief of Selectos. She loves learning about everything and is very creative. She writes for the Home Appliances, Beauty, Entertainment and Gift Ideas sections. She has already tested hundreds of household appliances and beauty products in our editorial office, and has compared hundreds more during her work as an editor. 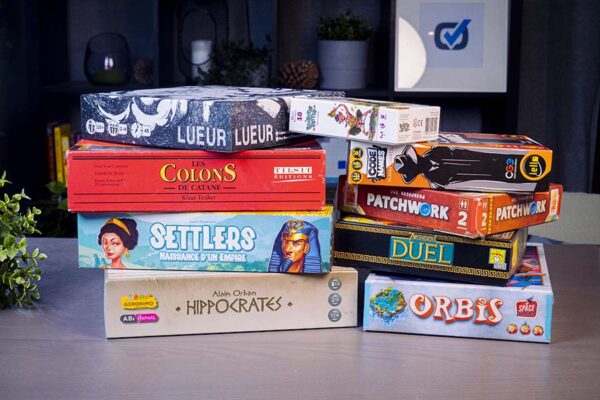 The Best Strategy Board Games 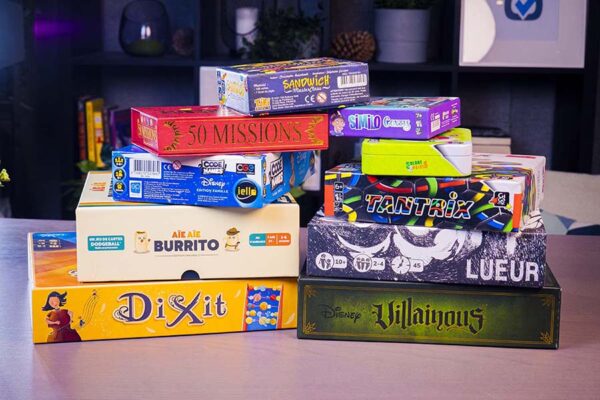 The Best Family Board Games 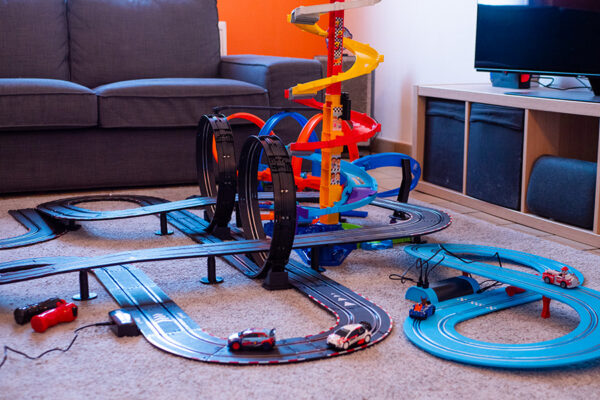 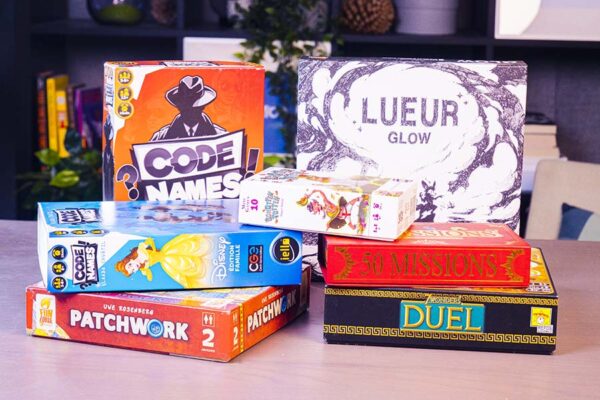 The Best Board Games for Two Players 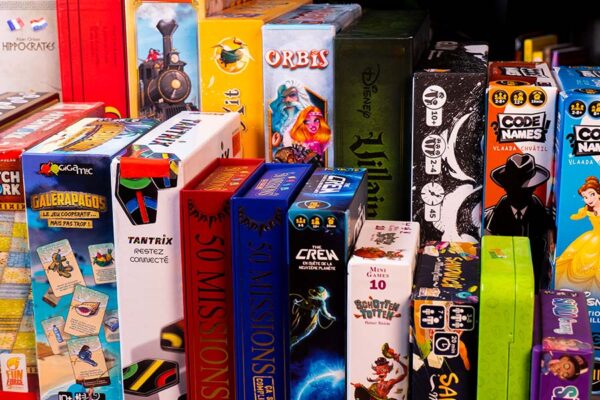 The Best Board Games 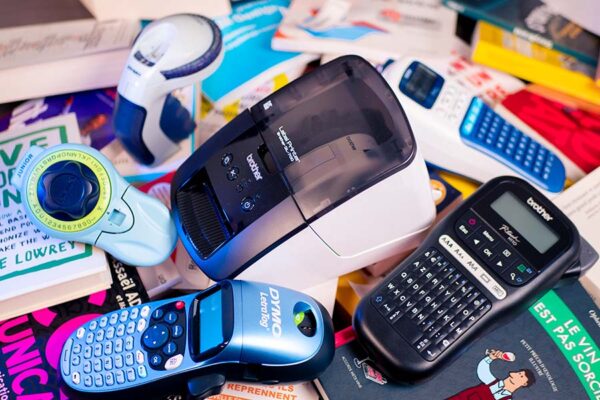 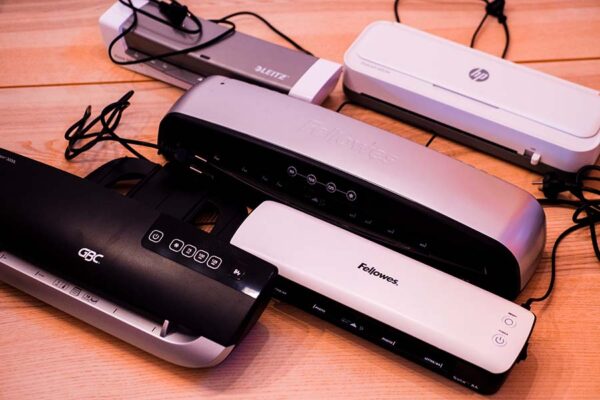 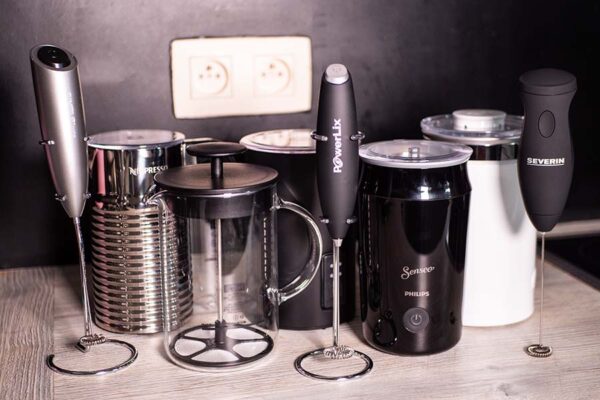 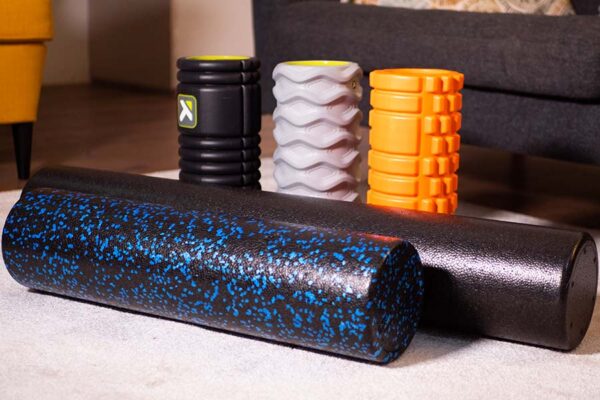 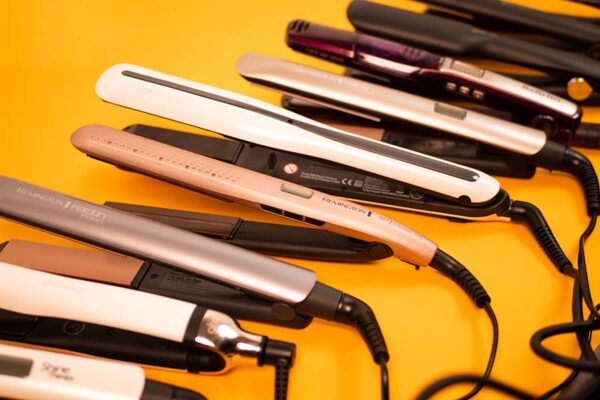 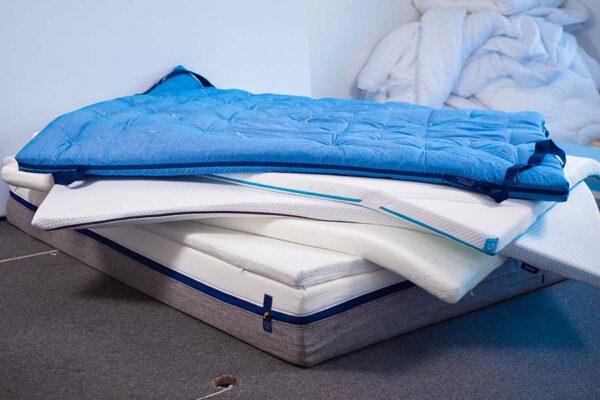 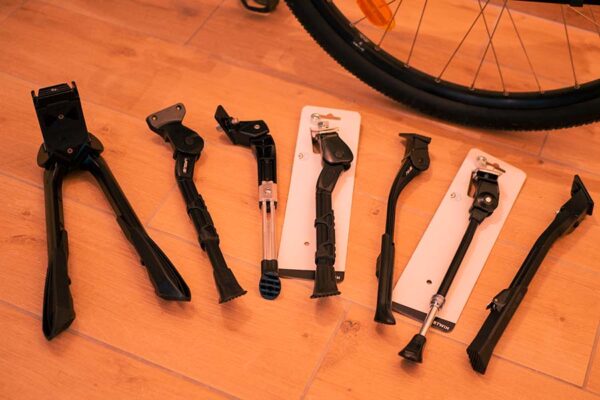 Selectos helps people make better purchases by offering a reliable and unbiased selection of the best products on the market for free.